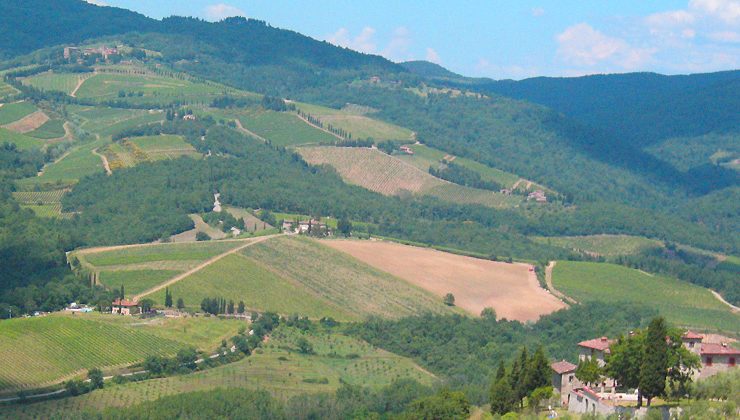 The first historical records of Radda-in-Chianti date to 1003 (mention was made in an edict issued by Emperor Otto III), but human settlement in the region goes back to Etruscan times. Pottery shards and remains of stone houses found in the area attest to an original 6th century B.C. settlement. By the 1st century AD, Romans had taken over the area, and they in turn succumbed to Barbarian invasions during the 5th century.

A number of very small villages began to emerge in the following decades and the region developed into a feudal society. Radda began to grow in size and prosper, becoming the most densely populated community in the Chianti region by the 11th century. By 1220 it was ruled by the Marquis di Toscana and the Counts of Guidi under the Imperial authority of Frederic II. 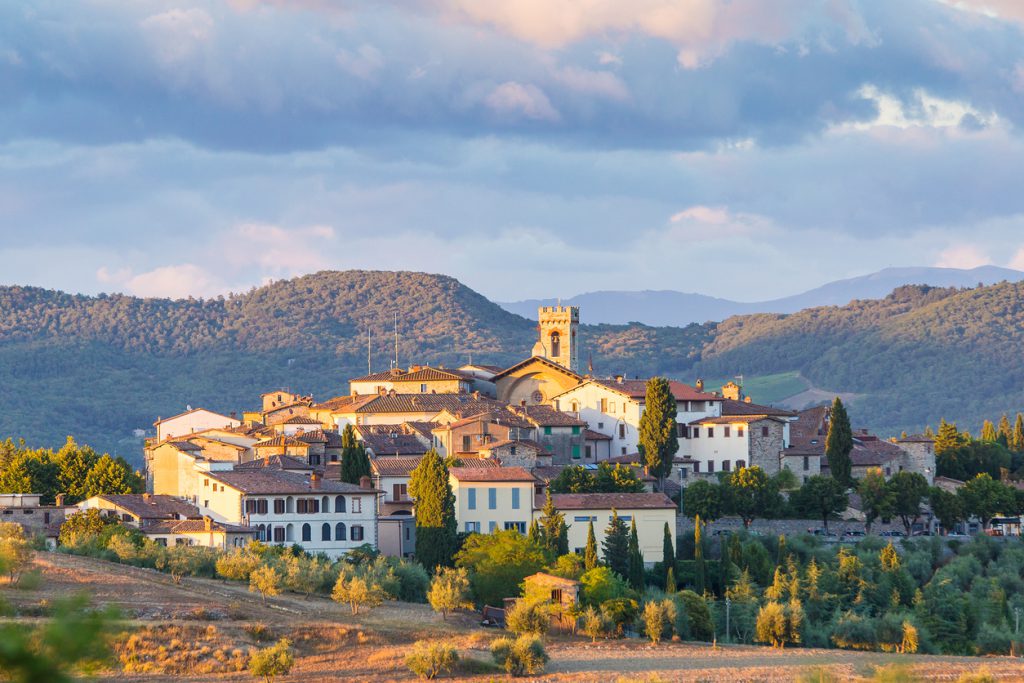 Radda, like nearby Castellina-in-Chianti, was at the center of the fierce struggles for dominion by the two most important cities in Tuscany, Siena to the south and Florence to the north. When the years of conflict were finally settled through the establishment of agreed upon frontiers in 1176, Florence took over jurisdiction of the entire Chianti region. The Florentine Republic in 1250 divided the various communities into three separate districts, allocating a certain amount of territory to each. They then founded the Lega del Chianti (Chianti League). The oldest statute of the League dates to 1384, at which time Radda was made its capital.

After centuries of continuous warfare, it was not until the 1500s when the area’s population began to experience a sense of peace and tranquility. Radda became an active agricultural center culminating in the formation of an organization to promote wine production. Some of the prominent noble families developed landed estates into vineyards and production of Italy’s now famous Chianti wine began. Wine exportation to England has been recorded as early as the mid-16th century.

Around this time a share-cropping system called the mezzadria was developed whereby farmers tending the vineyards had to divide their families’ labors with the land owners. This system dominated the agricultural landscape well into the 20th century, being finally officially abolished in 1967.

The sturdy red Chianti wine was once known mostly by its inexpensive squat, straw-covered bottles. Now the better Chianti Classico is usually sold in the traditional Bordeaux-type bottle. Four or more grape varieties are used, mainly Trebbiano, Malvasia and Sangiovese. Stringent requirements are now in place, especially in the production of Chianti Classico Riserva. 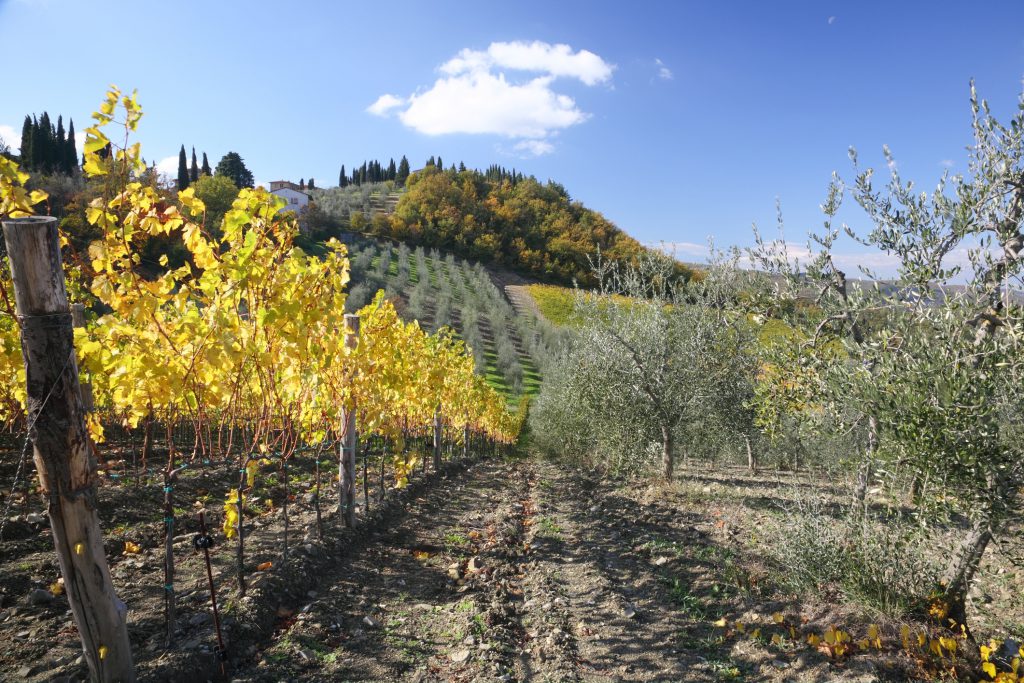 Often you will find a picture of a black rooster (Gallo Nero) on the neck of a bottle of Chianti, denoting that the wine was produced by the area’s main cooperative of wine producers. This black rooster is also generally a symbol of Chianti, and there is an interesting story about its origins. In the Middle Ages, during the struggle for territory between Florence and Siena, the first fierce battle took place in 1082. In order to settle the boundary dispute, it was agreeed that two horsemen should set out at cock’s crow galloping toward each other from their respective communities. The place where they would meet would become the frontier. For this purpose the Sienese selected a well-fed much pampered white rooster. The clever Florentines, however, chose a black rooster and fed him almost nothing so that, on the appointed day, he crowed long before dawn. The two horesemen met only a short distance outside of Siena. As a result, almost the entire area including the towns of Radda-in-Chianti and Castellina-in-Chianti came to be ruled by Florence.

Radda’s Town Hall, or Palazzo del Podesta, was originally constructed in the 14th century but soon after completely destroyed during a battle in 1478. It was reconstructed and enlarged in the 1700s with a prison added, and since that time has served the community as its seat of government. The building’s exterior facade is decorated with the coats of arms of prominent local families dating back to the 15th century. A recently restored 16th century fresco of the Florentine school can be found on the first floor.

The nearby convent Santa Maria in Prato dates back to the Middle Ages. In 1415 the convent was listed among the constituents of the Lega del Chianti, and is known to have acquired the painting of a Madonna by Neri di Bicci dated 1474. The convent was abolished by the national government in 1866, but in 1935 part of a Franciscan Order purchased it from the Province of Tuscany and resided there until recent years.

Castello Brolio, majestically perched in the hills south of Radda-in-Chianti, was built by the Ricasoli family. They had purchased the land in 1141 from the monks of the Villambrosa Order, then surrounded their castle with olive groves and vineyards. Brolio Vineyards is now considered the world’s oldest family-owned winery. In 1874 Baron Bettino Ricasoli developed the original formula for Chianti Classico, as we know it today. He was also known as The Iron Baron, about whom many colorful stories are told. According to legend he became jealous and irate when his lovely young wife Anna danced with one too many gentlemen at a ball in Florence. He abruptly took her back to Brolio Castle and locked her in the castle, ensuring she would dance no more. Other legends surround Castello Brolio; some of the locals swear seeing the ghost of the baron dressed in black on a white horse roaming the countryside during the night.