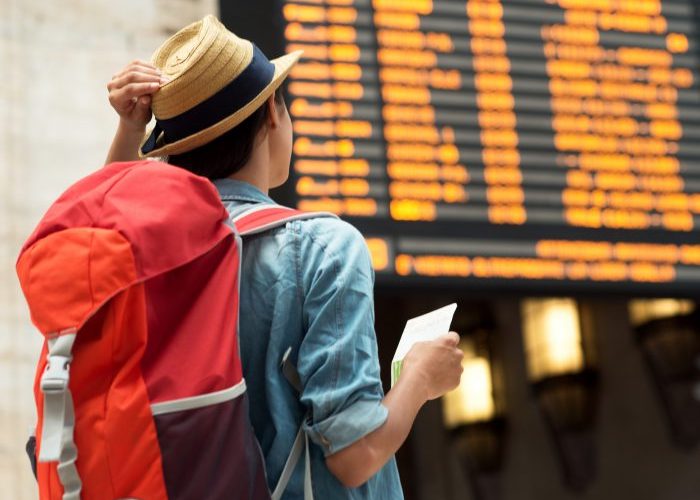 Trains and Buses in Italy

The Italian train system is undeservedly reputed to be inefficient, slow, and under constant threat of strikes. Only the latter complaint holds any validity — and even so the strikes are scheduled and announced in the media well in advance. In reality, the trains generally run on time and are a bargain to boot.

There are five main types of trains in Italy:

In a nutshell, the faster the train, the more expensive the ticket. Seat reservations are obligatory on Eurostar trains. We recommend you always use the Eurostar trains wherever possible, and that you buy your tickets from your travel agent before you leave home. The main advantages to this are that when you land in Italy, you will have at least your first ticket already in place without further hassle or worry about not getting a reservation. Also, you will avoid the long lines in stations like Rome and Florence – better to be using your travel time sightseeing and shopping.

Alternatively, if your travel plans allow for it, you can purchase your tickets in a smaller city and avoid the lines, or at an Italian travel agency that is equipped to sell tickets (look for the FS symbol on the window – this stands for Ferrovie dello Stato, the name of the state-run train system).

That second tip becomes especially pertinent when you start considering that airlines often have trouble being on time. This means you may well land after the train you have reserved seats on has already departed. There is no real easy way around this, aside from spending your first night in your landing city – not a bad idea at all, considering this allows you to recover from jet lag. However, if you’re really on the go, we suggest you buy a ticket for a train that departs well after your scheduled landing time – at least 4 hours. If you do land on time, you can always exchange your ticket for an earlier train if a suitable one exist, though if you have reserved seats, you will have to do the exchange through a recognized ticket outlet: either the train station itself or a travel agency that sells train tickets.

This is where the Fiumicino ticket counter comes in handy. You land, you go get your ticket to Termini, and at the same time you exchange your reservations for the later train for reservations on an earlier train. Unfortunately, the same easy option doesn’t exist in Milan. There, for some really weird reason that only the Milanese probably understand, the train into the city goes to a secondary train station, not the central station which you’re most likely interested in. So, you’ll need to take the regular shuttle to the central train station and do your business with every one else in the long lines there.

So much for the Eurostar trains. You can also get a reserved seat on Intercity and Inter-regionali trains – and it’s a good idea to do so during the summer months on popular lines. Even without the reservation, you’ll probably still be able to get on the train, but it might mean standing the whole way in the corridor, you and your luggage squashed together with everyone else (and their luggage) who also didn’t make a reservation. It sometimes happens (on the REALLY popular lines) that even if you have reservations you literally can’t get to your seats because the corridors are so overstuffed with people and luggage. In times like these, it’s best to repeat to yourself a mantra like “THIS TOO WILL PASS” or the Italian favorite, “PAZIENZA.”

One issue about buying your tickets at a travel agency before you go to Italy is that if you need to take a smaller train like a Locali, it is likely that your travel agent won’t be equipped to make that purchase. In that case, your only option is to wait until you get to Italy to buy those tickets. For the Locali, you can buy tickets at newsstands and cafés, as well as from machines at the train station. This is important to know because often in the smaller towns, the train station won’t have an operative ticket counter. As a very last resort, you can buy a ticket directly from the conductor, but be prepared to pay a 25 euro surcharge per ticket.

A major point to remember: just before you board your train, VALIDATE your ticket. You do this at one of the breadbox-sized yellow machines located on the platforms (or at the end of the platform). You will get a fine if you get caught with an unvalidated ticket.

Those cities not linked by the rail system are almost certain to be served by buses. There is no national bus chain, just a lot of different local services, some of which go between regions. The main bus stop will either be located next to the train station in larger towns or in the main piazza in smaller towns. Buses run daily, except Sunday and holidays. You can buy tickets at the bus company office located next to the bus stop – or if it’s closed (or in smaller towns where there isn’t a company office) at the nearest café, newsstand, or “Tabacchi” (small general stores denoted with a large capital T, found on every other corner). On shorter hauls, you can also just get on the bus and buy a ticket from the driver.