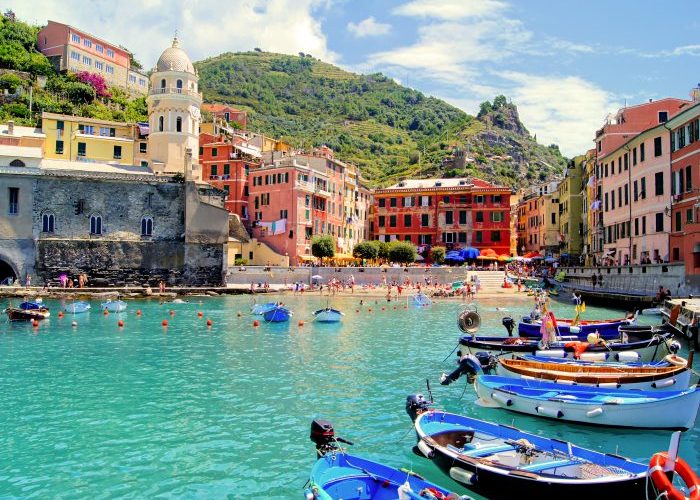 When in 2013 the New York Times included Vernazza, Cinque Terre (lit. “Five Lands”), in its list of the top 20 destinations to visit in the world, the village was still recovering from the flood and mudslide that had hit it two years before. The inhabitants, helped by the generosity of donors from all around the globe, were working hard to bring their little roads and colorful houses back to their original beauty. Now, the only visible trace of that natural disaster are the young vines in the “suspended vineyards” that surround and overlook the village, which were planted after the flood to replace the old ones that had been uprooted by the landslides. And so, once again, Vernazza has returned to being arguably the most astonishing and surprising of the five villages of the Cinque Terre. 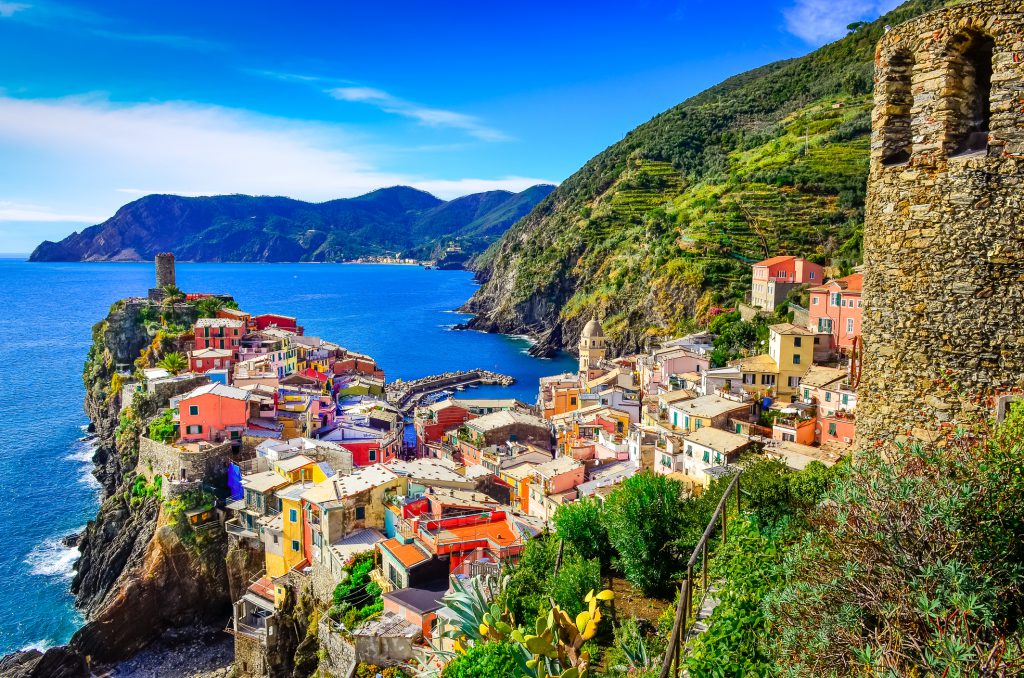 The village stands in a little bay between the other “lands” of Monterosso al Mare and Corniglia (which is part of its municipality) and was founded, according to the historical records, around the 11th century as a harbor for commercial and defensive purposes. The military origins of the village is testified by the Doria Castle that dominates the bay with its ancient tower, and which is one of the most well-known elements of Vernazzas skyline.

Another remarkable building is the Church of Santa Margherita, a beautiful 13th century Romanesque church that seems as if it is rising from the calm water sof the harbor. Santa Margherita competes for the heart of the inhabitants with the Sanctuary of Madonna di Reggio, part of the Cinque Terre’s Sanctuaries Way, that can be reached with a 2 km climb from Vernazza’s train station. 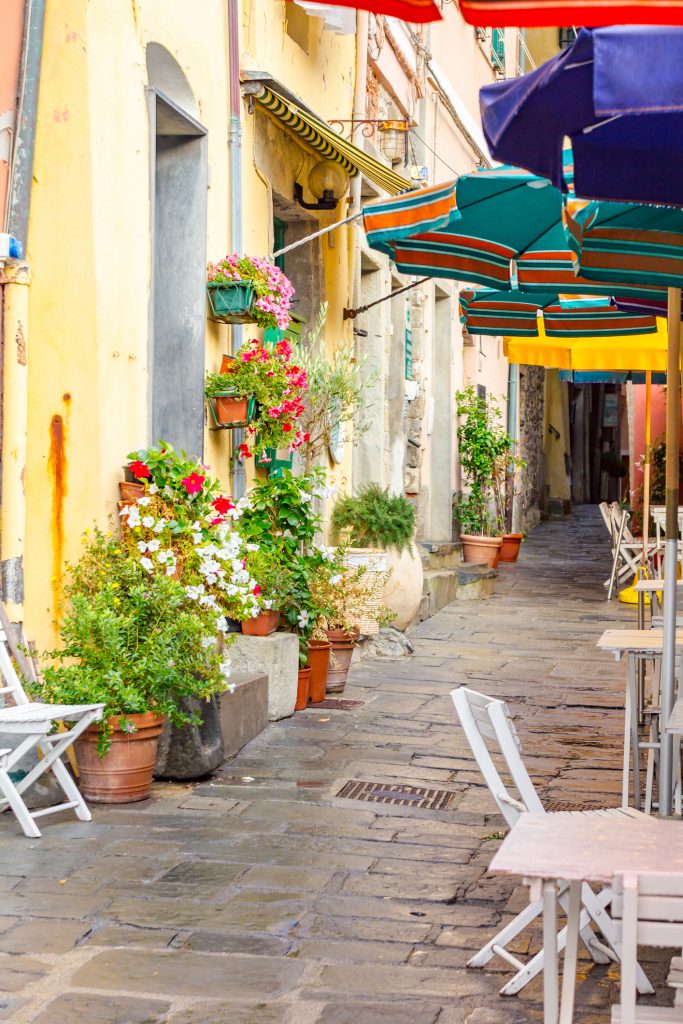 The real uniqueness of Vernazza, though, is not due to its most noteworthy buildings, but to its pastel-colored little houses, huddled together on the steep coast like a tangled embroidery. Its tiny squares and little alleys are also a paradise for food and wine lovers. Much of Vernazza’s economy is bound to agriculture, with an excellent production of wine, olive oil and lemons produced on the terraced fields that shape its territory. For most of the village’s history, fish has been the main source of proteins for the inhabitants and it’s still a central element of its traditional cuisine. Travelers who love handicraft and fashion will also find many unique items in its boutiques.

Vernazza in the Cinque Terre is also a delight for walkers. The village can’t be reached by car; visitors can only arrive by train, boat or on foot. Many millenium-old trails lead here for those who like to travel by foot, and among them the most spectacular is the Sentiero Azzurro (lit. “Blue Trail”). Running high along the coast, this stupendous trail allows walkers to have the most astonishing views of the village, the same view that must have enchanted ancient travelers for centuries before.

After the flood and the mud, Vernazza is back to its charm, thanks to the strength of its people and to international solidarity, and so will conquer the heart of travelers for many more centuries to come. 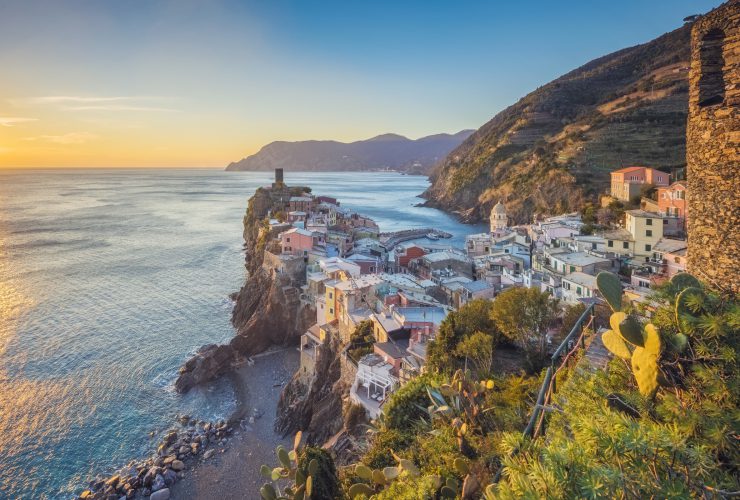 Many paths criss-cross the Cinque Terre, among them one named “The Way of the Sanctuaries” (La Via dei Santuari or alternatively, La Strada dei Santuari).  As the name suggests, this path connects together the villages’ special sanctuaries, adding a spiritual element to what is […]